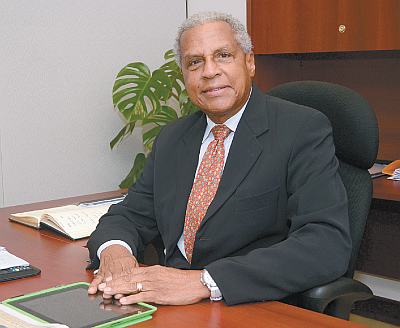 Our special guest and Caribbean Mentor is a high achiever and he has proven this time and time again throughout his life and career. His appetite for success and desire to win was evident when he decided to become a world-class athlete and entered the competitive world of track and field. By the time his athletic career concluded he stood as a record holder and held four medals; two at the 1964 Summer Olympics and two at the 1966 Commonwealth Games. His next challenge would be in the area of academics and career building. Again his desire to win would see him graduate with honors from Yale University with a Masters in Economics. Throughout his career he became an economist, investment banker and entrepreneur. A third aspect of his life where he saw success was in the competitive area of politics which for him spanned fifteen years, from 1981 to 1996, ten of which was spent in Government. Throughout his tenure he held portfolios like Minister of Housing, Minister of Industry and Commerce and culminating as Minister of Finance where he oversaw the flotation of the Trinidad and Tobago dollar. He is a husband, father and has a great love for the environment. Ladies and Gentlemen…Caribbean Nation…Let’s meet Mr. Wendell Mottley