CMP017 - Save; Invest and be True to yourself with Mariano Browne - Managing Director of Browne & Company Ltd 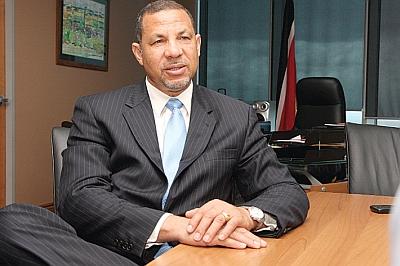 Our special guest and Caribbean Mentor has built an exceptional career in the area of Finance. He is a graduate of the University of the West Indies, St. Augustine Campus, with a degree in Economics; a fellow of the Institute of Chartered Certified Accountants (UK), and he also holds an MBA in Finance from the University of Wales/ Manchester Business School. He has over 25 years experience in finance and banking. He was Chief Executive Officer of the Bank of Butterfield, Barbados. He has served as president of both the Barbados Bankers Association and the Barbados Institute of Banking and Finance. With a special love of sport, our mentor was a Deputy Chairman of the Barbados National Sports Council. He has published and presented several papers on banking and finance, including a presentation on "Managing Banking Crisis" to the World Congress of Accounts held in Paris in October 1997. He has been involved not only in the planning and start-up of new financial institutions but has also been involved in several turnaround situations in the finance industry. In December of 2007, he was appointed Minister in the Ministry of Finance and in March 2009 he was appointed Minister of Trade and Industry in addition to his previous portfolio. Ladies and gentlemen…Let’s meet Mr. Mariano Browne.