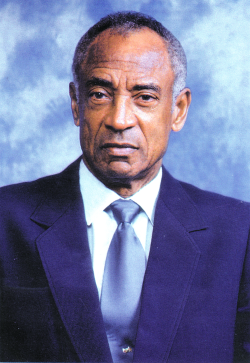 Our special guest and Caribbean Mentor a media tycoon. He has had an exceptional career which spans over six decades where he has left his mark on the media and other industries throughout the Caribbean. While most individuals would have been satisfied with a career similar to what he built in media he was not and went on to found / co-found and lead other organizations. A few of his past roles include; Chairman – British West Indian Airways (BWIA) now called Caribbean Airlines; Chairman – Caribbean Communications Network; Chairman – Neal and Massy Holdings; Chairman – First Citizens Bank; Chairman – Economic Development Board; President – West Indies Cricket Board; Founding Chairman of MIPED, a BP funded Development programme for Mayaro; Founder of Great Race to Tobago; Chairman of the Integrity Commission; The Honorable Minister of Industry Enterprise and Tourism (1986 – 1990). He was inducted in the Hall of Fame of the Trinidad and Tobago Chamber of Industry and Commerce and the Caribbean Broadcasting Union. Additionally, in 2007 he was awarded the Chaconia National Award (Gold). There is no one more deserving of praise in the story of the development of the Caribbean media in the last 60 years. Ladies and Gentlemen…Caribbean Nation…Let’s meet Mr. Kenneth Gordon